History of the Institute

The Institute of General and Physical Chemistry was established within the Institute of Chemistry, Technology and Metallurgy (ICTM), founded in 1961 by the Government of Serbia. 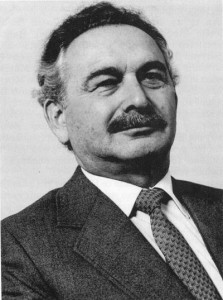 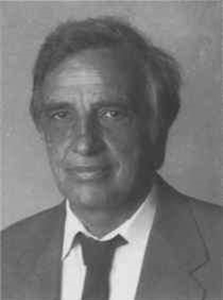 Professor Dušan Vučelić,
IGPH science research coordinator up to 2000In 1991, IGPH is registered as the Holding Company of the Institute of General and Physical Chemistry. By decision of the Government of Serbia in 2005, IGPC Holding became The Institute of General and Physical Chemistry, accredited at the Ministry of Science and Technology Development of the Republic of Serbia, as the research-development Institute of general interest in the field of natural and mathematical sciences. Since its founding, IGPH has been engaged in basic, applied and developmental research in physical chemistry, with focus on solid-fluid boundary phenomena, thermal analysis, physical melting chemistry and electrochemistry of complex compounds. Numerous graduate and master's theses and doctoral dissertations have been done at IGPH. IGPH associates have successfully applied the acquired knowledge through basic research to solve many problems that have arisen in various production processes, as well as through new technologies and products that they developed.

All these technology solutions and products has been applied in industry leading to boost of the former Yugoslavia’s commercial export of goods. Under leadership of prof. Dušan Vučelić the IGPC Engineering Department designed projects for detergent zeolite production. On the basis of these projects, several production plants were constructed. One of these plants became the biggest producer of detergent zeolite in the world. For example factory of water glass, zeolite powder, granular zeolites and white fillers was built in Birač-Zvornik, a factory of water glass and zeolite powder was built in Tallinn, and zeolite production technology is also used in the Zeolite factory Mira, Mira, Italy. Zeolite from Birač, Zvornik, produced by IGPC technology, was the best export product of the former Yugoslavia in the late 1980s. Factory at Zvornik at that time supplied about 50% of the European market and about 30% of the world zeolite market.